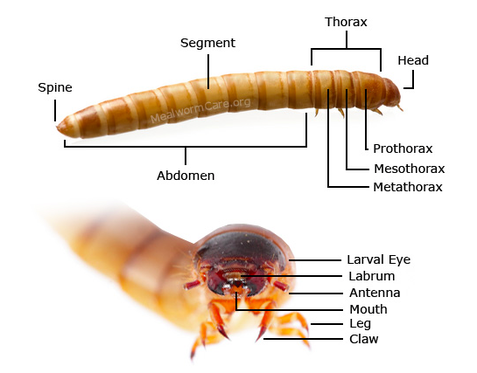 In our first encounter with our mealworms we were confused and to be honest, a little grossed out! We didn't know what they were nor had we ever heard of a "mealworm."

Week 1
By observing we could see that the mealworms were a yellowish brown in the middle and darker on the tips. They had approximately 6 leg and appeared to be sticky. They were persistent little mealworms, continuously trying to escape their box. If they weren't trying to escape they were hiding in their bran.

Week 3
Our meal worms had entered the pupa stage. It was impossible to do experiments with them because one in this stage they don't do more than wiggle a small amount. They were much larger compared to when we first got them.

Week 5
At this point we could kind of see through their casing and see that they were beetle like. They were wiggling more but still no more movement than that. We noticed that they hadn't eaten since they entered the pupa stage. We put different vegetables in their boxes for when they finally emerged as a beetle.